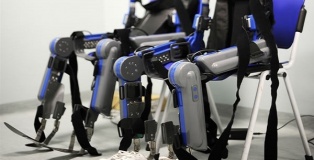 Strokes are caused by hemorrhages (bleeding), or by ischemia (lack of blood), and both cause an alteration in brain function proportional to the damage caused.

Lesions that are most frequently observed in these processes are those that affect movement of the limbs on the same side, the visual field, understanding, speech and language (aphasia) and swallowing.

The location of the hemorrhage can be deep inside the brain, or between the tissues that surround it, and it directly comes from one of the arteries or veins of the brain. It is not the same with the ischemic vascular accident, which can originate itself far away from the brain by a clot or a thrombus from the general circulation: heart or neck circulation or from the brain itself, producing a thrombosis or arterial embolism, or by temporarily reduced blow flow (hypoperfusion).

Strokes are the most frequent cause of disability in the Occidental world and the second cause of death.

These processes, during the acute phase, improve considerably from surgical evacuation of the blood and carotid endarterectomy, or from thrombolysis (chemical clot dissolution) respectively. Subsequently, we must monitor the blood pressure, keep a pharmacological treatment as well as a hygienic-dietary treatment indefinitely to avoid recurrence.

Neuromodulation therapies of which we have are classified as invasive and non-invasive.

Among the “non-invasive” since a bit ago deep repetitive TMS has been added to the large therapeutic arsenal that we have so far, which deposits pulses of electromagnetic energy in specific targets that control the centers, nodes and cortical and subcortical circuits. High frequency stimuli in the lower frontal circumvolution of the right hemisphere greatly improve aphasia. Or the stimulation of the interhemispheric motor area of the leg produces an ostensible improvement in speed of march.

Stimulation coils – H-Coil – embedded in a helmet and developed according to the three-dimensional cytoarchitecture of the brain, allow to stimulate subcortical circuits and nodes, not only transcortical synapses as with conventional Magnetic Stimulation. 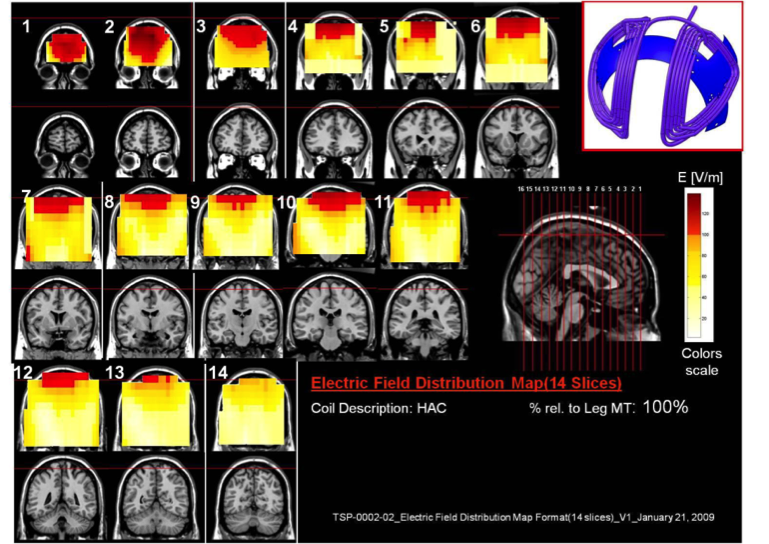 in red, energy penetration inside the brain with Coil H-10

Deep Transcraneal Magnetic Stimulation is a non-invasive, safe and effective treatment, which is administered on an out-patient basis without causing any systematic side effects nor inferring with daily life activities.

Deep Transcraneal Magnetic Stimulation is a complementary therapy that lies among all the therapeutic tools we have now which are increasingly abundant and sophisticated: robotics, virtual reality, nerve stimulators, programmable treadmills, percentage deggravitation systems, intelligent balancing platforms, etc., in addition to Rehabilitation Therapies.

Use and experience after 11 years of permanent contact with Superficial TMS guarantee the best exploitation of deep Transcranial Magnetic Stimulation.

Treatment with deep TMS for Ictus Rehabilitation has been approved by the EMA in October 2014.